The Finnish-Norwegian Cultural Institute has started a collaboration with the Norwegian podcast Frilanslivet. The focus is on Finnish freelancers and their experiences.

Frilanslivet is a podcast for freelancers made by freelancers. It aims to be a channel that shares knowledge and best practices among self-employed in media and creative industries.

”We are happy to give Finnish freelancers the chance to share their experiences as well as enable a platform where both Finnish and Norwegian freelancers can learn from each other”, says Pauliina Gauffin, Director at the Finnish-Norwegian Cultural Institute.

Frilanslivet is a popular podcast in Norway and reaches over 2500 listeners per episode. The podcast is hosted by a project leader, musician and producer Hanna von Bergen and a freelance journalist Christina Skreiberg. 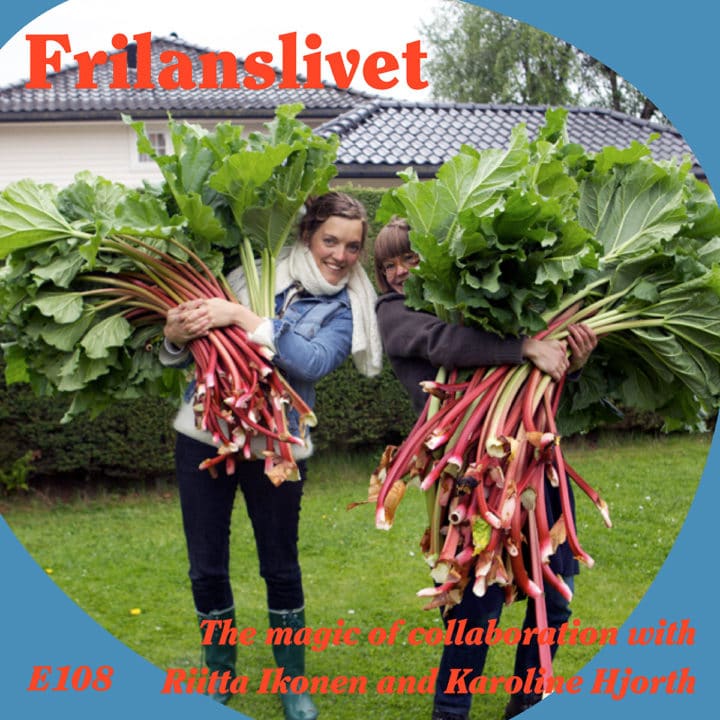 The finnish-norwegian artist duo Riitta Ikonen and Karoline Hjorth first met 10 years ago. Since then they have worked together on their ongoing collaborative project ‘Eyes as Big as Plates’. Together they photograph elderly people, and before they photograph them they camouflage them in elements from the surrounding nature. Their project and photographs have been exhibited in renowned galleries and museums all around the world.

Christina speaks to the duo about how they collaborate across borders, how the project has evolved throughout the past ten years, about their stamina in such a long-term project, how they have financed their two books through crowdfunding and what they have learned along the way.

The conversation is in english, and happened online, as Riitta is based in New York City and Karoline lives just outside of Oslo, Norway.

See all the episodes with finnish guests here.