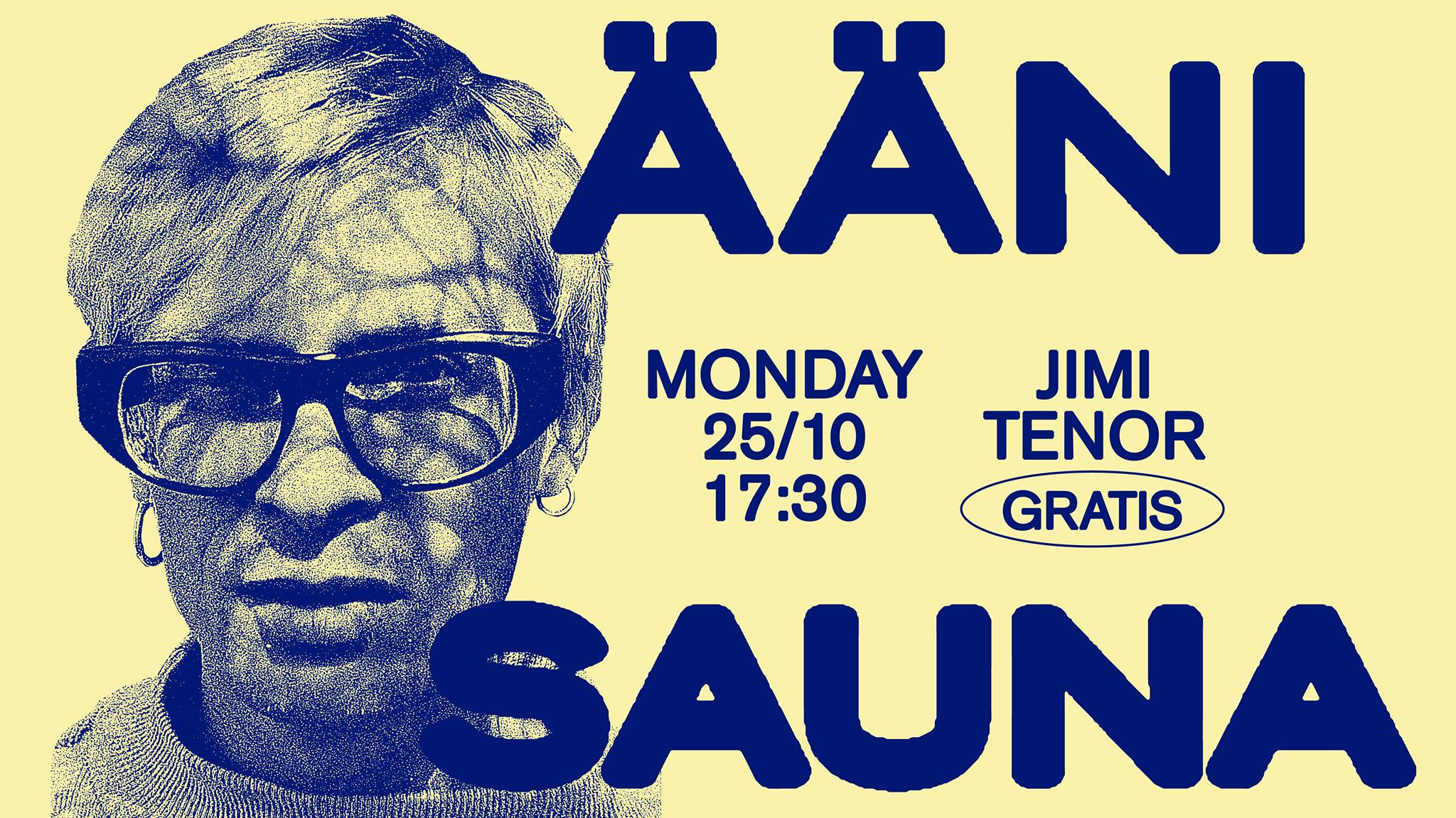 Musician and composer Jimi Tenor has never settled for the traditional role of a pop artist. Tenor has already built a reputation as a fascinating enigma in modern day music. Consistently one of the most inspired and unpredictable live artists around, his work since his breakthrough album ‘Intervision’ (Warp, 1997) had involved open-minded projects ranging from live film soundtracks and orchestral pieces to a series of Afro-based albums with his band Kabu Kabu and with the legendary Afro beat drummer Tony Allen. For the second edition of Ääni Sauna, Jimi Tenor will perform an outdoors live set specially created for Oslo Badstuforening.

Ääni Sauna is a concert series conceived by Blank Blank and Oslo Badstuforening. The series explore alternative, marginal and not-so-marginal sounds from Finland, creating sensorial experiences with the heat of the sauna.

When: Monday 25 October at 17:30. The concert starts at 18:00.
Where: Oslo Badstuforening (Sukkerbiten). Free entrance. Please note that there is a limited capacity in the saunas. You can book a drop in for the saunas at Oslobadstuforening.no.

Ääni Sauna is supported by the Finnish-Norwegian Cultural Institute.